Having negotiated talent contracts both for our artists and our clients, we know how to create mutually beneficial partnerships that drive both brands forward. 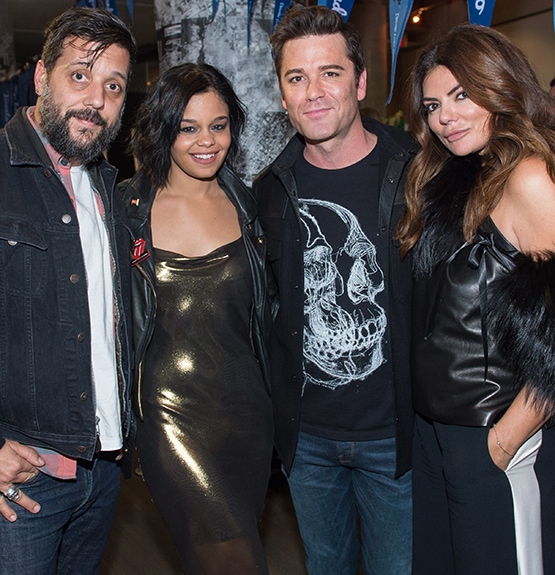 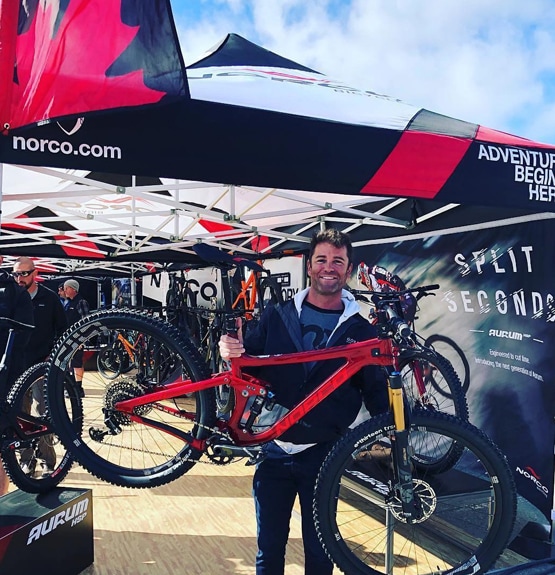 Under our NK Artists division, we develop authentic brand connections that make an impact. We focus on building partnerships that engage directly with a brand’s target audiences, driving large-scale awareness.

A six-time Gemini Award and Canadian Screen Award winner for best host in a talk series, George has interviewed a who’s who of entertainment icons, world leaders and respected thinkers. He has taken an active role in global initiatives and is a strong advocate for social issues. The first Canadian National Ambassador Against Hunger for the United Nations World Food Programme, George is also one of three Canadians recognized by the World Economic Forum as a Young Global Leader for 2012 and sits on the Board of Directors for Artists for Peace and Justice, supporting the poorest communities in Haiti. With experience both hosting and producing, George brings his introspective vision to each project he works on.

Sophie first caught the public’s eye in 2006 when she appeared in her family’s reality TV show, Gene Simmons: Family Jewels, which ran for seven seasons. In 2015, Sophie launched her first fashion line in partnership with the Style Club, which is centered around making girls feel their best. Her online magazine #NOFILTER is about being unapologetically who you are and features content from around the world. Dedicated to giving back, Sophie regularly contributes to charitable organizations and is the founder of Sophie’s Place, a child advocacy centre. 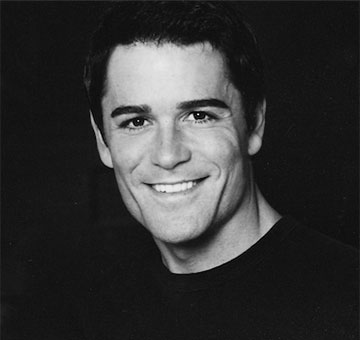 With over 60 credits to his name, Yannick Bisson is well-known to audiences in 110 countries around the world as Detective William Murdoch on the global hit series Murdoch Mysteries, for which he won the Canadian Screen Awards’ 2016 Fan Choice Award. The show, which regularly draws 1.4 million viewers, is now in its 10th season.

Yannick also won a Canadian Screen Award for “Best Host in a Pre-School, Children's or Youth Program or Series” for The Adventures of Napkin Man, a preschool children’s show that helps to get kids in touch with their feelings.

Recent credits include roles in Hallmark's movie franchise The Aurora Teagarden Mysteries, the CW’s Beauty and the Beast; CBS/CTV’s Flashpoint; CTV/Fox International’s The Listener; and the lead role in the indie film Nothing Really Matters. He was also the star of the widely popular CIBC bank’s series of advertisements.

A Montreal native who lives in Toronto, Yannick is married to actress, author and producer Shantelle Bisson and has three daughters. He is an avid mountain biker, car enthusiast, art lover, and philanthropist. 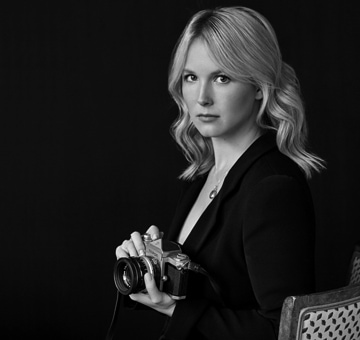 A fashion and portrait photographer born and raised in New York City, Sophie began snapping photos from a young age, inspired by her father, photographer Arthur Elgort. She received her degree from Brown University and interned in many parts of the fashion industry, learning from the best including Azzedine Alaïa and Vogue.

Sophie breathes life into every photo she takes and her take on fashion is always fresh and optimistic. Her work has been featured internationally in magazines including Elle, Glamour, Paper Magazine, Teen Vogue and The Financial Times. Sophie has also created images for brands like ADIDAS, Bloomingdales, Clinique, Etienne Aigner, IBM, Mercedes Benz, Olay, Ralph Lauren and Topshop.

Sophie was named Forbes 30 under 30 in the Art and Style category in 2016. Alongside her photography, she also contributes to a variety of media outlets as a photography and fashion expert both on-air and online. She has been a guest speaker at the Rubin Museum of Art, Brooklyn Academy of Music, and Pratt Institute among others and has contributed to outlets including AOL Style, etalk, and The Financial Times, whose style column, Suits and the City, she co-created in 2011.

Sophie is also the co-founder of Through Our Lens, a non-profit that boots racial, socioeconomic and gender variety in fashion, behind the lens as well as in front of the camera, by providing life-changing access and significant mentorship to teen girls. 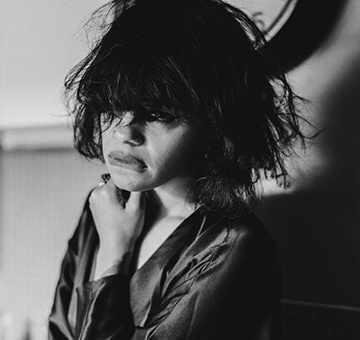 FEFE’S self titled debut album , Fefe Dobson was released December 9, 2003 by Island records, and sold over 300,000 copies in the United States. The album debuted at number one on the Billboard HeatSeekers Album Chart. Her sophomore studio album Joy released in 2010 , earned two Canadian certified platinum singles and a gold single with a collaboration with legendary music producer Bob Ezrin (KISS, Pink Floyd, Peter Gabriel) and recording artist Orianthi. The album debuted to critical acclaim and also won several awards including Canadian Radio Music Awards and a Much Music Video Award.

2011 FEFE joined the cast of an independent film titled Home Again, as the supporting role of Cherry C., a character of Jamaican descent. This feature film acting role earned her a nomination at the 2012 Canadian Screen Award for Performance by an Actress in a Supporting Role and debuted at TIFF in 2012.

She has penned songs for Miley Cyrus, Selena Gomez and Jordin Sparks , and has written in the past with Joan Jett, Cyndi Lauper, and Rancid's Tim Armstrong.

Hid away in Nashville, TN, she went back to the drawing board on her own and made the album she had always dreamt of making. Orchestrating and marrying strings, trumpets with tremolo guitar while incorporating vintage gear and drum programming were all major aspects of bringing this album to life. FEFE’S new album combines her love for art pop, Yé-Yé 60’s french pop, experimental rock and alternative hip hop. 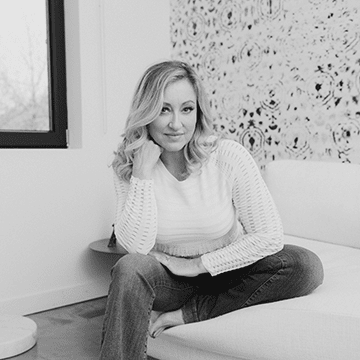 Shantelle Bisson was born and raised in Toronto, and splits her time with her family between her home city and Los Angeles. Shantelle is a regular contributor to Zoomer Magazine, writing from her personal experience, as well as a producer, actress, novelist, and parenting expert. Shantelle is passionate about giving back to her community and is an active supporter of Artists for Peace and Justice; Childhood Cancer Canada, as co-chair of The Purple Party; Camp Ooch, and Bridgepoint Hospital. Shantelle has three beautiful 20-something daughters, Brianna, Dominique and Mikaela, with husband Yannick Bisson, star of Canada’s number one drama, Murdoch Mysteries.

With training in hair, makeup and special effects, Misty is currently the weekly national beauty correspondent for ET Canada. She has also worked in editorial and spokesperson roles for HBO, CTV, CityTV and Much Music. The Australian-born it-girl, featured as one of the National Post’s “Worthy 30,” has six years of international modeling under her belt for brands ike The Face, Miss Sixty, Armani and ID Magazine, and has a client list that includes Metric’s Emily Haines as well as singers Serena Ryder, Lights and Alice Cooper. 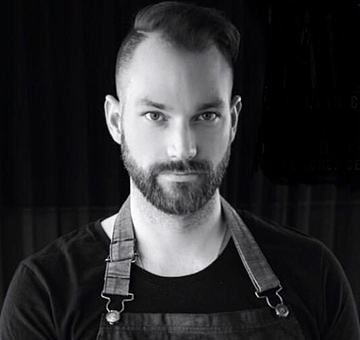 Born in Paris, France in 1985, Former Lavelle and Goldie's Executive Chef Romain Avril discovered his passion for cooking at the early age of thirteen. By seventeen, he was working at a 1 Michelin Star restaurant in Brittany. He obtained his Bachelor Degree in French and Chinese gastronomy in his native France while concurrently working at 1 and 2 Star Michelin restaurants, including Relais et Chateaux. Chef Avril is the Canadian ambassador for Monogram. He has also represented brands like Google, Club house, Goose Island and Nespresso to name a few. 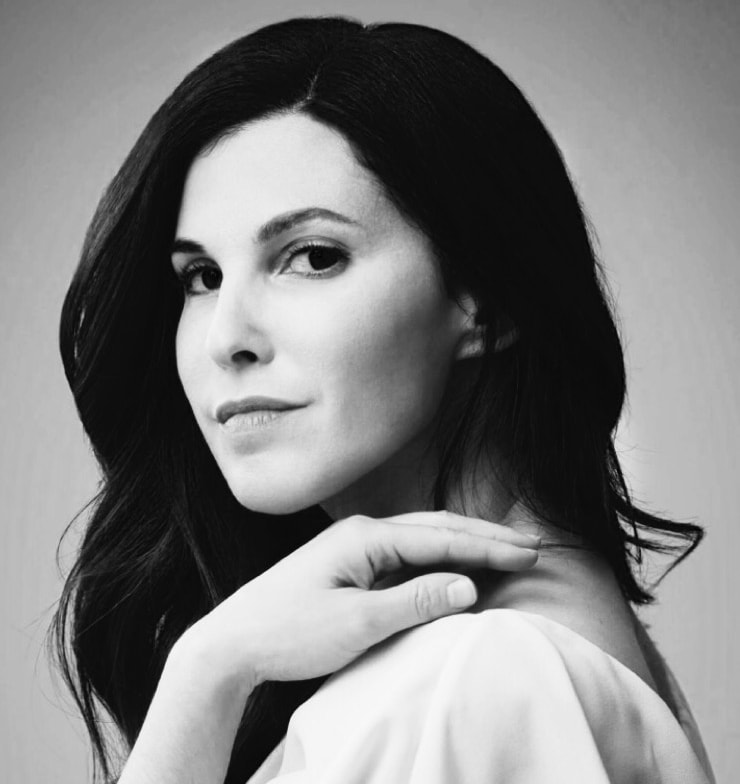 Jessica Ennis is a production designer, set designer, and stop-motion animator. She has produced sets for clients including MTV, Microsoft, FX, HBO, New Balance, Sephora, and Universal Music, and her work has been featured in publications including Vogue, W Magazine, GQ, and many more. Jessica Is co-author of the upcoming book The Endings published by Chronicle books. 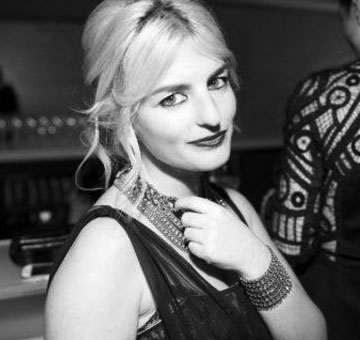 Jen Kirsch is a freelance writer with a focus on dating and relationships, culture, society and lifestyle. She works closely with various brands to host events, lead panels, and to act as a spokesperson. Her articles have been featured in the Toronto Star, HELLO! Canada, Cosmopolitan, ELLE Canada and more. 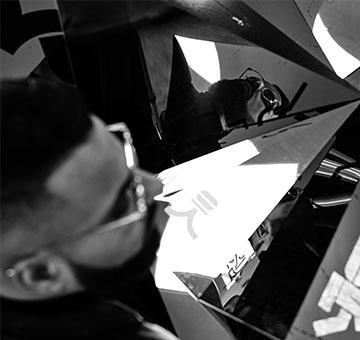 A creative visionary, accomplished in disruptive design, Ranbir Sidhu develops unique, jaw-dropping sculptures daringly expressed as functional art. Building on years of being in manufacturing environments, and leaning on his cultivated architectural eye, he converts imaginings into intricate, dynamic pieces of art. Ranbir is a ‘future-past’ designer expressing a preview of uncanny art for present-day interpretation.

With immense experience as the founder of Futurezona and co-founder of TAVERN, Ranbir’s unmatched and unique vision continues to push the boundaries of art and technology, designing custom pieces for some of today’s biggest celebrities. Aligning his manufacturing expertise with his boundless passion for futuristic art and cultural exploration, Ranbir meshes a history in Sikhism, modern-day engineering and futurism to imagine and manifest functioning art. Bold monuments that breathe and change any landscape.

Always seeking a fantastic 'next' to be achieved, Ranbir Sidhu continues to expand the realm of art and culture with time, space and form, all carefully considered, then realized. Some brilliance is loud and abrasive; flashing hot and fading fast. Others are nuanced with a measured subtlety, ringing with perpetual harmony. Listen closely and you’ll hear Ranbir designing the latter.