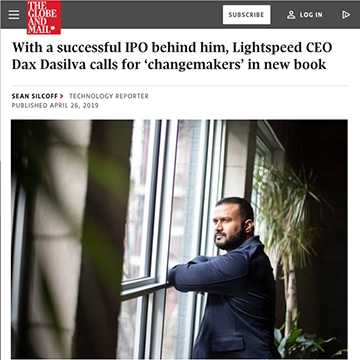 As the agency of record for Lightspeed since 2016, NKPR manages media relations, influencer relations and strategic planning in North America for the Montreal-based tech innovator that employs more than 800 globally, and has over 50,000 customers.

To develop a strategic PR plan around the launch of the debut book from Dax Dasilva, Founder and CEO of Lightspeed, to generate awareness and ongoing buzz, social media traction and to secure broadcast, print and digital coverage across North America.