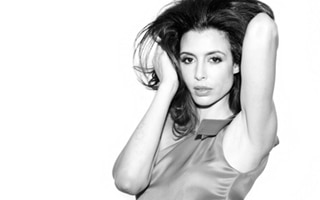 Daughter of Robert De Niro and actress Diahnne Abbott, Drena was raised amongst Hollywood royalty and enjoyed a bohemian life split between New York, Los Angeles and Italy. Beginning her career as a model, Drena’s love of music led her to work as a DJ and as the musical supervisor for Giorgio Armani. She was even the muse for Emporio Armani’s opening in NYC. A true Renaissance woman, Drena then transitioned into acting and directing, winning the Best Directorial Debut Award at the New York Independent Film/Video Festival in 2001 for her film Girls and Dolls. She has been the spokesperson for the Kageno Orphan Sponsorship Program since 2006 and presently lives in New York City with her son.