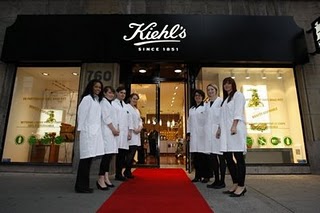 Kiehl’s Since 1851 Celebrates Style In Montreal

On October 8, Kiehl’s Since 1851, the New York-based apothecary known for its efficacious skin and hair care preparations, welcomes Quebec music artist Jonas, Chuck Comeau from rock band Simple Plan, and Montreal’s fashion community and industry insiders as it celebrates with an evening of shopping to toast the vibrant creative community.

Jonas, a rising rock star known for his energetic stage presence, is a huge supporter and fan of Kiehl’s and was one of the first customers when they opened their doors on Ste. Catherine Street in December 2007 – it’s one-year anniversary is just a couple of months away – located in the heart of downtown Montreal!