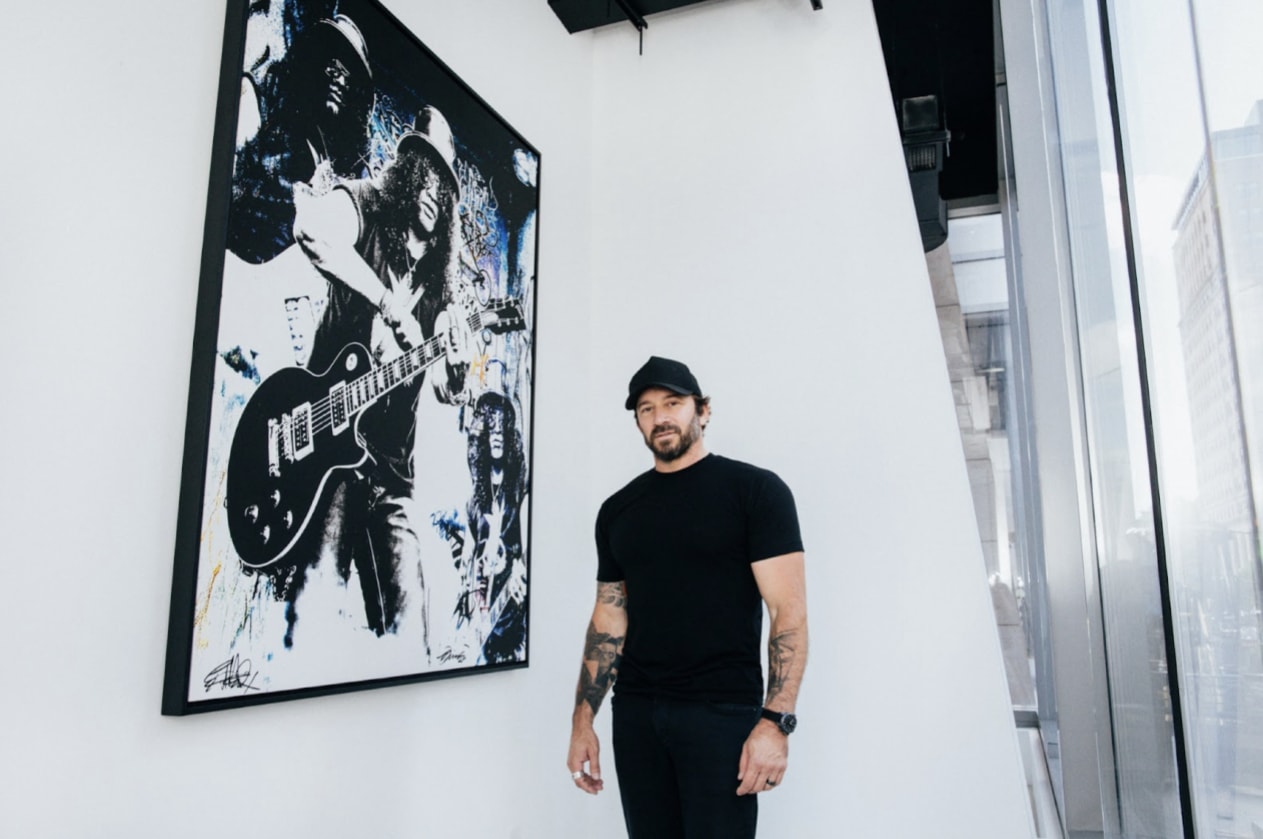 The exhibit is focused on Hendrikx’ photography taken over the past decade while writing for Rolling Stone and REVOLVER.  “Rock & Roll has always been there for me, especially throughout my formative years when I was most vulnerable. And men’s mental health has always carried a stigma preventing many men from being able to openly share their struggle and find the help that they need.  Anything that I can do to contribute to those efforts is a big priority for me,” says Hendrikx.  Proceeds from all sales will benefit men’s mental health and suicide prevention through Movember and The Unison Fund.

Abstract painter, Peter Triantos, has become a staple of Toronto’s art scene, known for his visually striking and colourful paintings.  “Eric’s rock and roll photography is powerful and filled with energy—each image represents and tells a story. So, I focused on honouring his photography,” says Triantos. “For our mixed media collaborations, we opened the vault, and I was able to bring colour and brushstrokes to these beautiful images.”

By popular demand, ROCK & ROLL FOREVER was extended several weeks and was a huge success—Eric’s first large gallery exhibit and a sold-out show that came with an important philanthropic message.