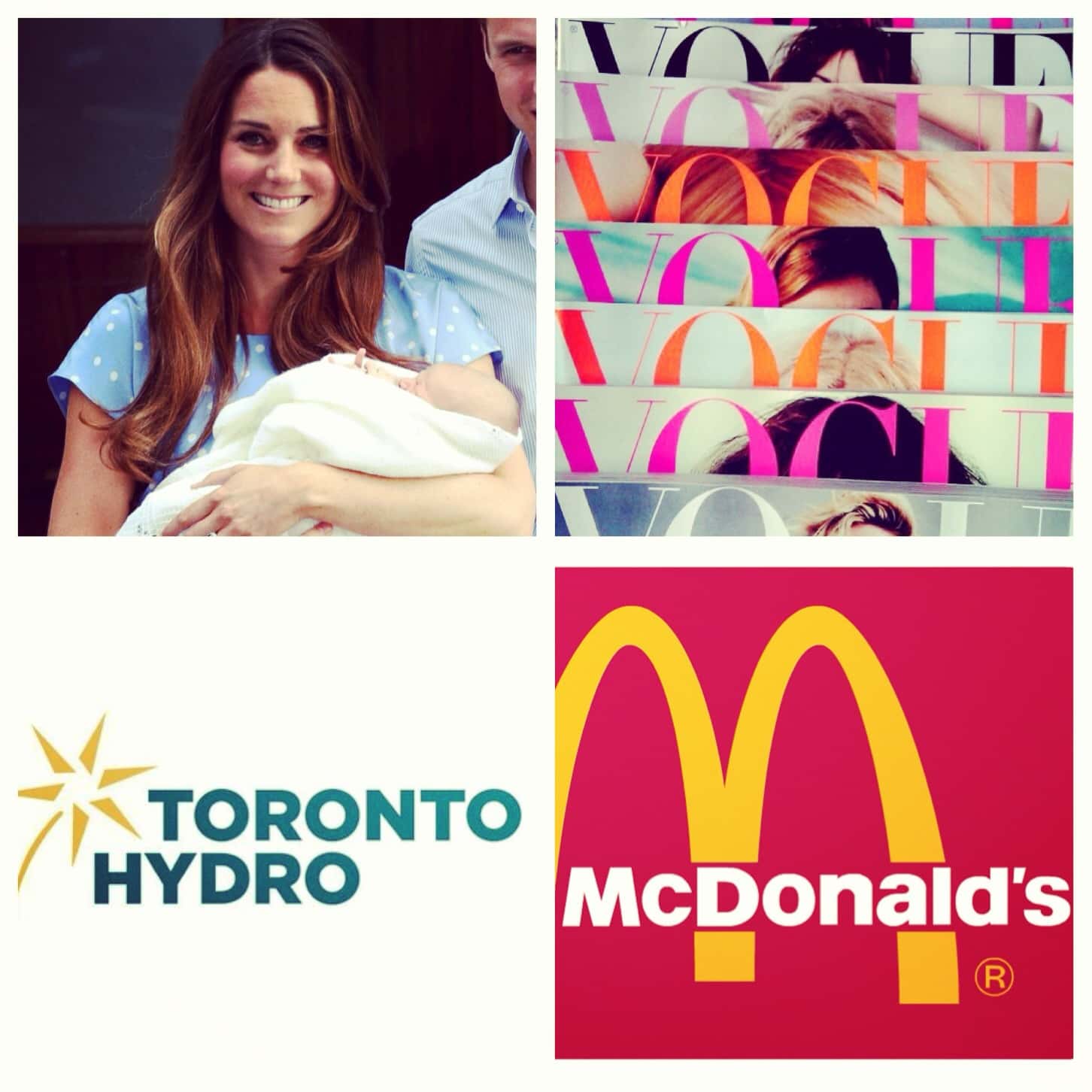 As if you didn’t already know, Kate & Will welcomed Prince George Alexander Louis on July 23. We’re interested in how this effects commerce, specifically the fashion industry; Kate sported a maternity dress by Jenny Packham whose website crashed within an hour of the royal couple’s appearance with baby George. It didn’t stop there; frantic shoppers turned to ‘Copy-Kates’ of the dress, with Google witnessing a massive surge in searches for ‘polka dot’ and ‘blue dress’. The power of celebrity influence! [Ottawa Citizen]

The state of the U.S economy has been a hot topic in social media with both the new McDonald’s budget fiasco and Detroit bankruptcy announcement. Two examples on different scales that highlight the same thing: from part-time employees to major cities, the repercussions are being felt by all. [Forbes & Toronto Star]

Good news for the publishing world: Vogue has experienced it’s second largest September issue ever, which leads us to question…is print really dead? With tablet use also on the rise, we’re interested to see whether print will indeed make a comeback.  [Mashable]

Toronto Hydro’s latest PR campaign has all the right ingredients for success: It’s informative, useful and creative. It’s great to see companies thinking outside the box when it comes to promoting a campaign or idea; Toronto Hydro has successfully made the task of conserving energy fun, engaging and appealing. [Marketing Mag]